The African continent is currently experiencing the world’s most rapid urban growth. As compared to other continents, Africa is the least urbanized today with about 40% of its population currently living in urban areas as compared to 81% in North America, 80% in Latin America and the Caribbean, 73% in Europe, and 47% in Asia (Statistica, 2015). With the estimated growth in urban areas both as a result of rural to urban migration as well as due to natural population growth, several challenges as well as milestones are expected that are supposed to impact on the lives of the city inhabitants in different ways. With this expected growth, urban centres will increasingly shape the lives of people on the continent. This provides a rich area for research exploring different aspects in African urban futures such as problems and challenges of the future city, emergent and dominant livelihoods, opportunities for growth and development, futuristic literary imaginings and their significance today, among other social, economic and political issues of the African city in the move towards building and maintaining sustainable and resilient cities. This conference invites early career scholars working from different fields within the wider Social Sciences and Humanities sector to engage with the theme African Urban Futures.

The BIEA welcomes submissions for a 20 minute presentation of research or artwork. If you would like to make a presentation please send an abstract of between 200-300 words on the theme of the presentation. The above list of subthemes is indicative, not exclusive, and we are keen to receive abstracts for linked or associated topics. Please include your name, affiliation and title of presentation to phdconference@biea.ac.uk  Notification of acceptance will be given by 31st January 2019.

The 2018 superhero film Black Panther, based on the Marvel Comics character of the same name has evoked a lot of debate both within social and academic circles. The discussions have ranged from the casting, gender representations and use of violence, to female and black empowerment, and tensions between Africans and African Americans.

On 6 April 2018, the Rift Valley Forum in partnership with the British Institute in Eastern Africa will bring together panelists from different backgrounds to discuss the representation of Africa in the film. It aims to explore the question of how Africa is depicted by exploring the issue of homogenization and the concept of Blackness and diasporization, among others. 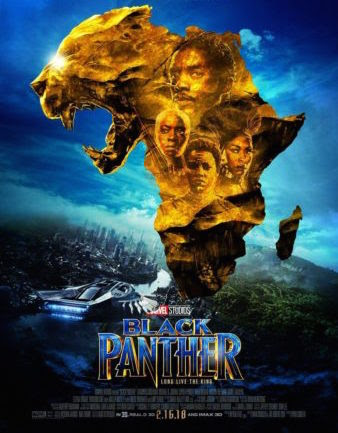 Admission is free. Drinks and snacks will be available.

The works in Sibanthontisele depict the Matebeland and the Midlands
Gukurahundi massacres perpetrated by the 5th Brigade (former division of Zimbabwean army). The killings happened after the expulsion of ZAPU (Zimbabwe African Peoples Union) from the post-independence government led by President Robert Mugabe when the party was blamed for plotting to overthrow the government after arm caches were allegedly discovered on ZAPU-owned properties. Almost 20 years after the guns fell silent, the government has urged Zimbabweans to ‘move on’ from the period Mugabe has described as “a moment of madness”. The majority of those affected still feel that the issue needs to be adequately discussed before it can be consigned to history. In 2010, Maseko exhibited Sibanthontisele, meaning “we drip on them” in isiNdebele, referring to a torture technique the army used during that “moment of madness” where soldiers would drip hot melted plastic on civilians. Less than 24 hours after the exhibition opened at Bulawayo National Arts Gallery, Maseko found himself in police custody, arrested because of his work, according to authorities, ‘undermined the authority’ of President Robert Mugabe. Maseko challenged the charges with assistance of the Zimbabwean Lawyers for Human Rights. In 2013 the court finally ruled that his exhibition could be taken down and not be displayed publically anywhere in the country ever again.

Owen Maseko is considered one of Zimbabwe’s most prominent controversial artists.

This Exhibition is a collaboration between Goethe Institut and the British Institute in Eastern Africa (BIEA).

Not sure if this is only for British people? Link here.